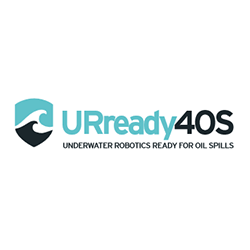 URready4OS is a project co-financed by the Commission as part of DG Humanitarian Aid and Civil Protection (DG ECHO) 2013 call for prevention and preparedness projects. It is a joint project of Spain, Cyprus, Portugal and Croatia, coordinated by Spain's Technical University of Cartagena (UPCT). The general aim of the project was to join forces to provide the European Civil Protection agencies with a fleet of autonomous vehicles with the operational capability to intervene against surface and underwater oil spills in European Seas using new cooperative multivehicle robotic technologies. Ultimately, this cooperating multi-vehicle robotic technology was aiming to allow for a cheap, flexible, expandable, precise and rapid decision support system for Civil Protection decision makers by optimizing the response time before the oil reaches the coast. 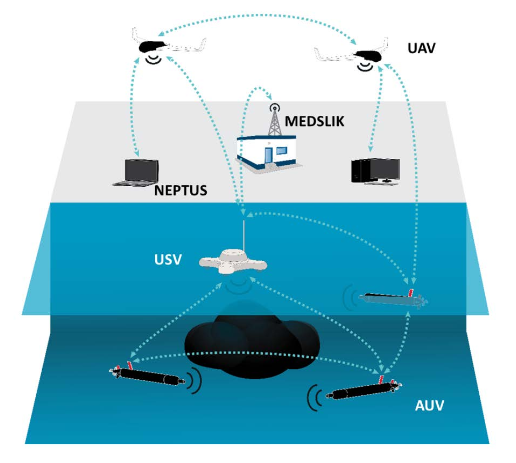 As oil rigs move into ever deeper waters, the search for effective solutions for dealing with the unique challenges posed by potential accidents must continue. Surface oil is not the only effect of an oil spill, as underwater oil plumes can come from bottom leaks and from surface patches forming subsurface plumes, as the 2010 Deepwater Horizon incident brought into the public eye. Such recent environmental disasters have shown that these events occur more often than desired, and the URready4OS project will contribute to European efforts to devise quick and efficient solutions for dealing with such events in the future.

URready4OS will use a fleet of vehicles with different capabilities and characteristics:

The software used in the URready4OS system is NEPTUS, software developed and used to command and monitor all vehicles at LSTS. It can be adapted to be usable for all of the vehicles used in the project, which is a great advantage compared to other software.

In the course of the project, a fleet of vehicles was tested and trained for deployments. One of the outcomes of these exercises is a set of precise protocols for deploying these robotics assets, which are presented in the form of a "White Paper". The project also included practical and theoretical training courses for future end-users which included guidelines, protocols and routines both for communications between vehicles to ground/ship station, as well as the procedures and requirements to join the fleet for any third party vehicles available. Information on these courses is available here.

Two training exercises were performed during the URready4OS project in order to prove the concept:

The first was held in Split, Croatia, in 2014, to test the communications and setup of the fleet. There it was possible to detect the plume under the water and to receive data in real time while the vehicles were submerged. All the vehicles were synchronized with the onboard computer; and finally, the data was drawn in NEPTUS, making it possible to know the position of each team simultaneously.

The second training exercise was in the waters off Cartagena, Spain, 22-26 June 2017, on board of the Spanish Maritime Safety Agency (SASEMAR) "Clara Campoamor". The project’s fleet of vehicles demonstrated the ability to locate a spill, determine its size, and predict its movement. All the goals set out for this final experiment were fulfilled: the team members involved effectively coordinated and planned missions which were executed by the fleet of five autonomous vehicles in a near-real time scenario. All the protocols and systems previously developed worked together to address a simulated oil spill.

Ultimately, the following actions were carried out, coming together in achieving the project's objectives: