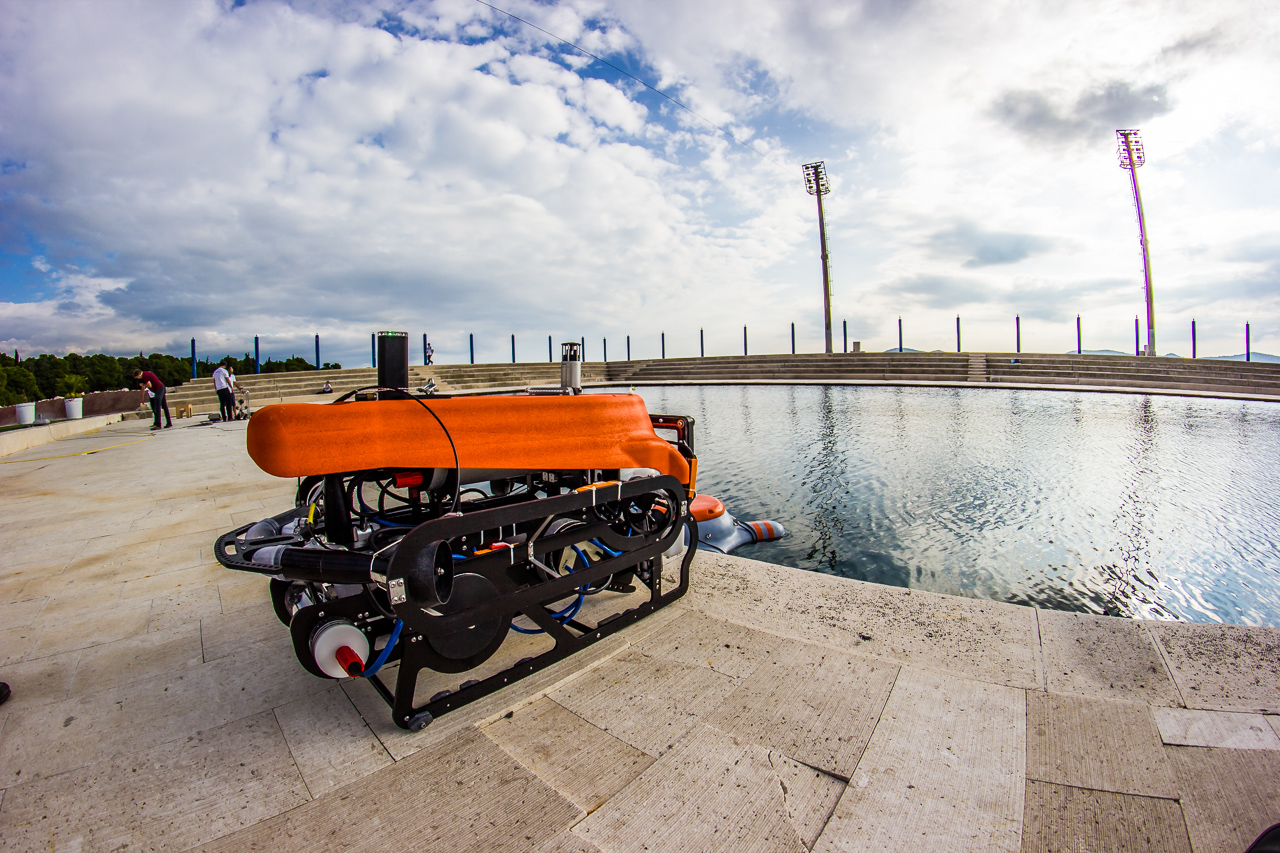 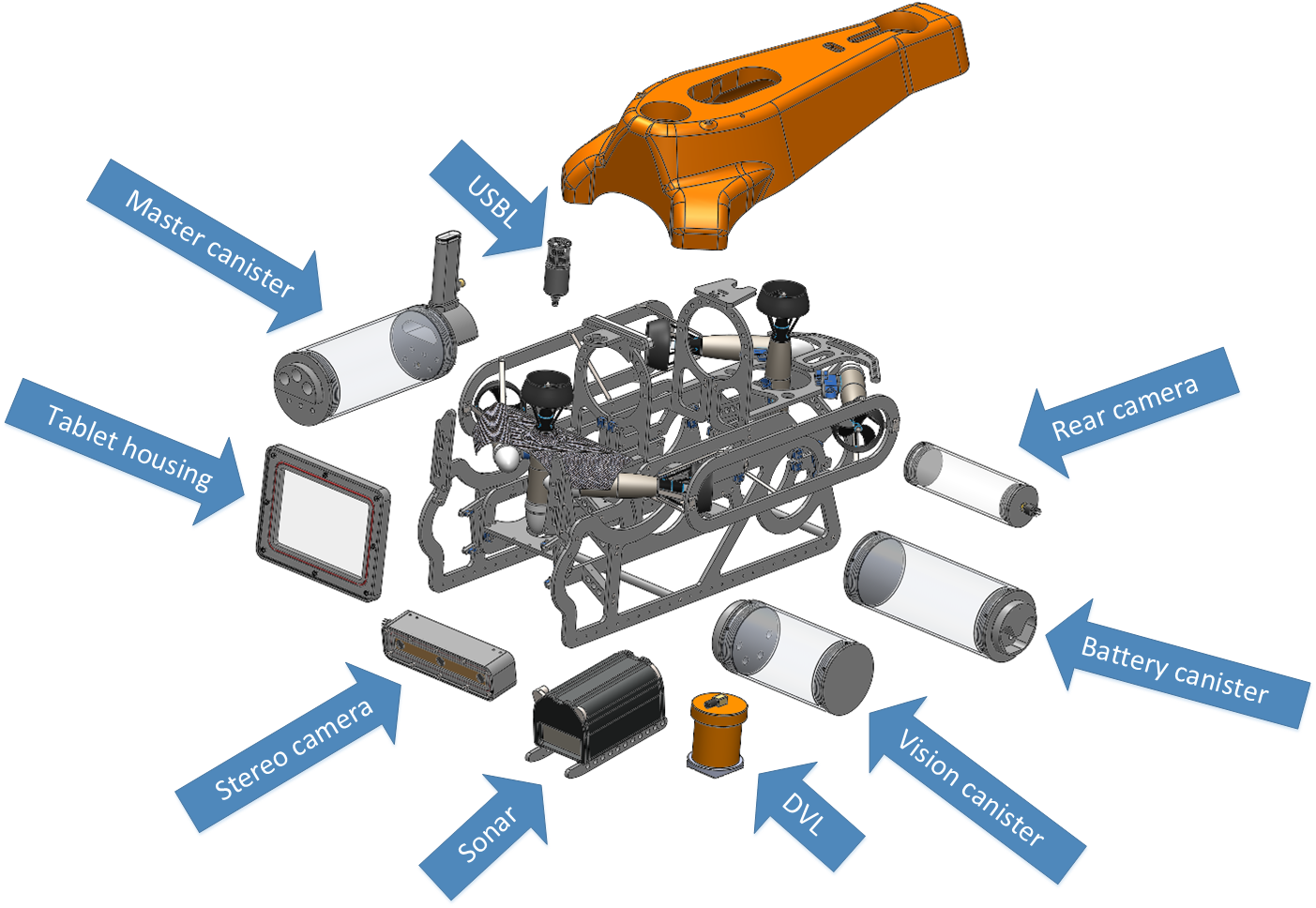 BUDDY AUV was developed under the FP7 project “CADDY - Cognitive Autonomous Diving Buddy” specifically for the purpose of exploring human-robot interaction in the underwater environment, [1]. It is fully-actuated in the horizontal plane and can independently control heave and pitch degree of freedom. The vehicle, shown above, is equipped with a wide range of sensors required to achieve envisioned functionalities related with human-robot interaction in the underwater environment. BUDDY is 1.27 m long, 0.7 m wide, 0.7 m high and weighs about 70 kg. The basic payload includes:

In addition, the vehicle is equipped with acoustic, stereo and mono cameras. Visual interaction with the diver is achieved through an underwater tablet, mounted in front, capable of displaying messages and alerting the diver when necessary. The vehicle is also equipped with an ARIS multibeam sonar, pointing to the front, which is used to determine diver position when in the vicinity of BUDDY. Sonar image processing has been described in detail in [2]. BUDDY was used in all experiments reported in this paper related to tracking monitoring and guiding the diver.