The project ADRIATIC aims to advance the teaming capabilities between human divers and their robotic diving counterparties to create a synergy that would become a potential solution for many challenging diving tasks. With the paramount goal of improving the overall diving safety, the project focuses its research on improving and finding new human-robot interaction modalities in order to combine the best complementary features of both the diver and the underwater robot. 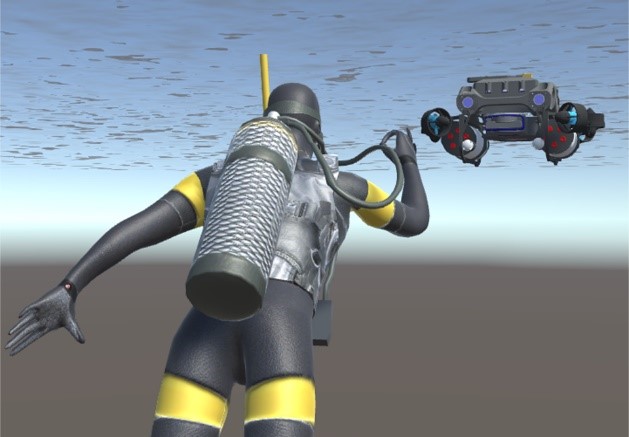 ADRIATIC builds upon recent accomplishments in the area of diver-robot interaction established during the FP7 "Cognitive Autonomous Diving Buddy"- CADDY project, one of the first of its kind that brought the diver in direct interaction with a robotic diving buddy. While human-robot interaction has seen many advancements in land applications in the last couple of decades, it still remains a comprehensive challenge underwater due to soaring environmental limitations. LABUST, as a leading marine research institution in the region, has accepted these challenges as top research goals and teamed with accomplished partners from the area of biomimetics from the Auckland Bioengineering Institute (ABI) at UNIACK to find inventive solutions to the problem. As part of the project, a robot platform that would introduce game-changing diver-robot interfaces will be designed and developed, allowing divers to perform advanced and robust environmental sensing by using advanced exteroceptive sonar detection methods. In order to take the divers’ feedback during the development process into consideration, the project envisions a virtual reality simulation concept that would serve both as a hardware/software in the loop simulator and a training tool for end users.

The project integrates high-level cognitive methods aimed at enhancing decision making speed and quality, and the detection of potentially hazardous situations. By monitoring the divers’ physiological parameters (such as the heart rate), the system is able to determine the diver's state and detect potentially critical states. By introducing wearable sensors in form of a gesture recognition glove, the Biomimetics Lab of the University of Auckland is researching new and natural forms of communication, which combined with the development of compact acoustic modems at LABUST provides extended communication capabilities between the diver and an autonomous underwater vehicle (AUV). The project shows both scientific and applicative impact with a potential for commercial consecution and serves the opportunity to evaluate the feasibility of the proposed methods in a real environment with end-users. 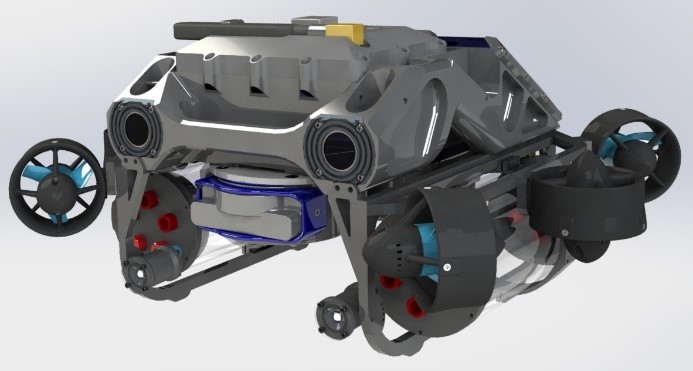 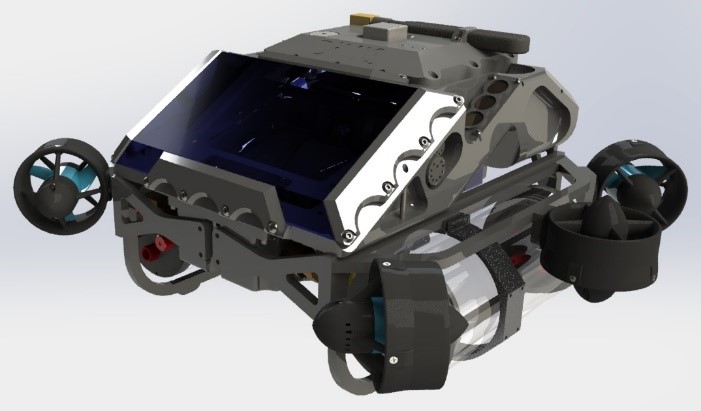 AUV design and development in 2019

During the first year of the project, team members have attended numerous workshops, meetings and conferences resulting in a fruitful collaboration. Beside the regular Skype meetings between Auckland and Zagreb teams, three workshop meetings have been held so far, two in Biograd na Moru in Croatia and one in Auckland, New Zealand. Two project-related conference papers were published in 2019. Some of the activities from late 2018 and early 2019 can be seen in the following pictures and video: