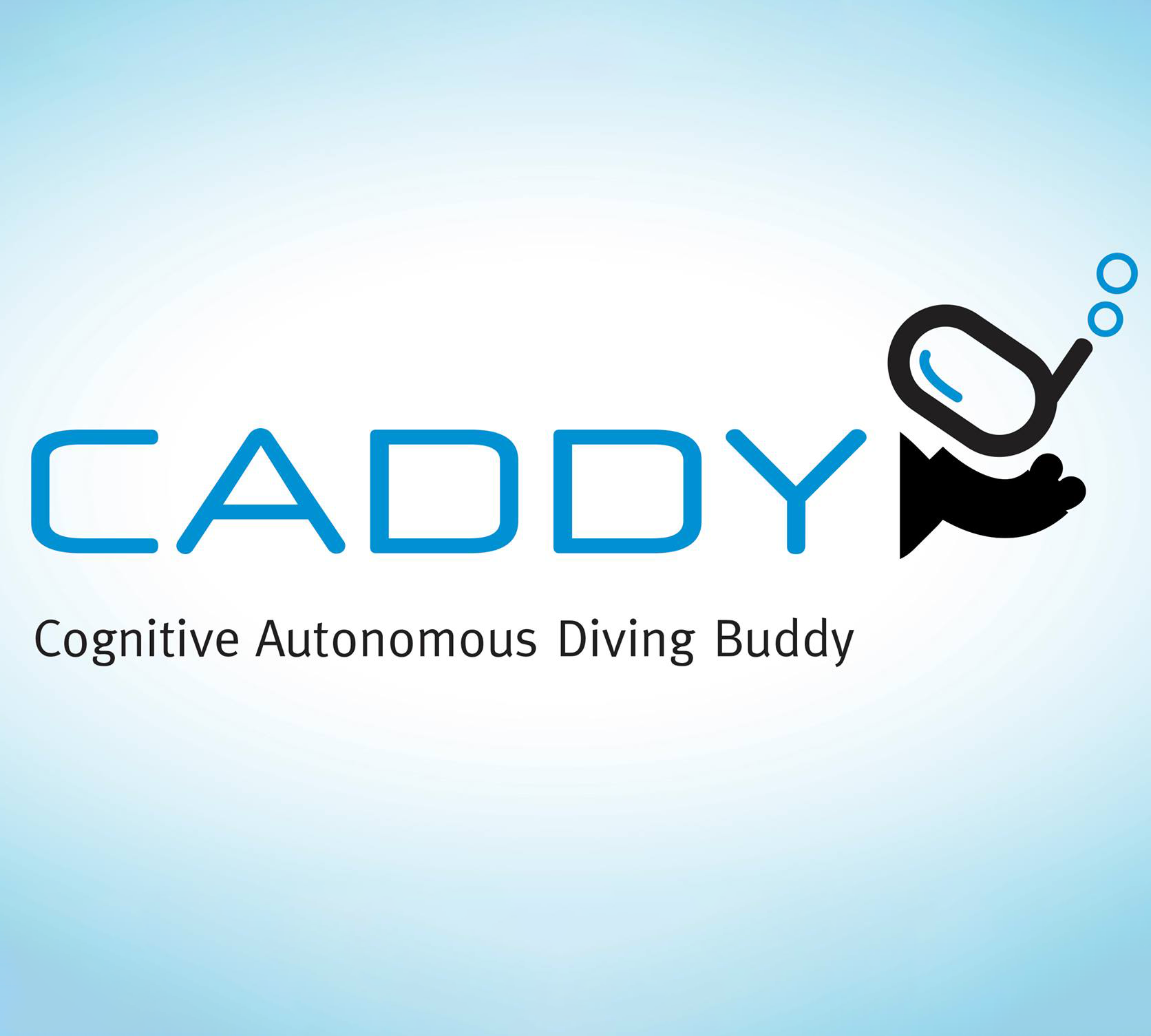 Divers operate in harsh and poorly monitored environments in which the slightest unexpected disturbance, technical malfunction, or lack of attention can have catastrophic consequences. They manoeuvre in complex 3D environments and carry cumbersome equipment while performing their missions. To overcome these problems, the CADDY project aimed to establish an innovative setup between a diver and companion autonomous robots (underwater and surface) that exhibit cognitive behaviour through learning, interpreting, and adapting to the diver’s behaviour, physical state, and actions. 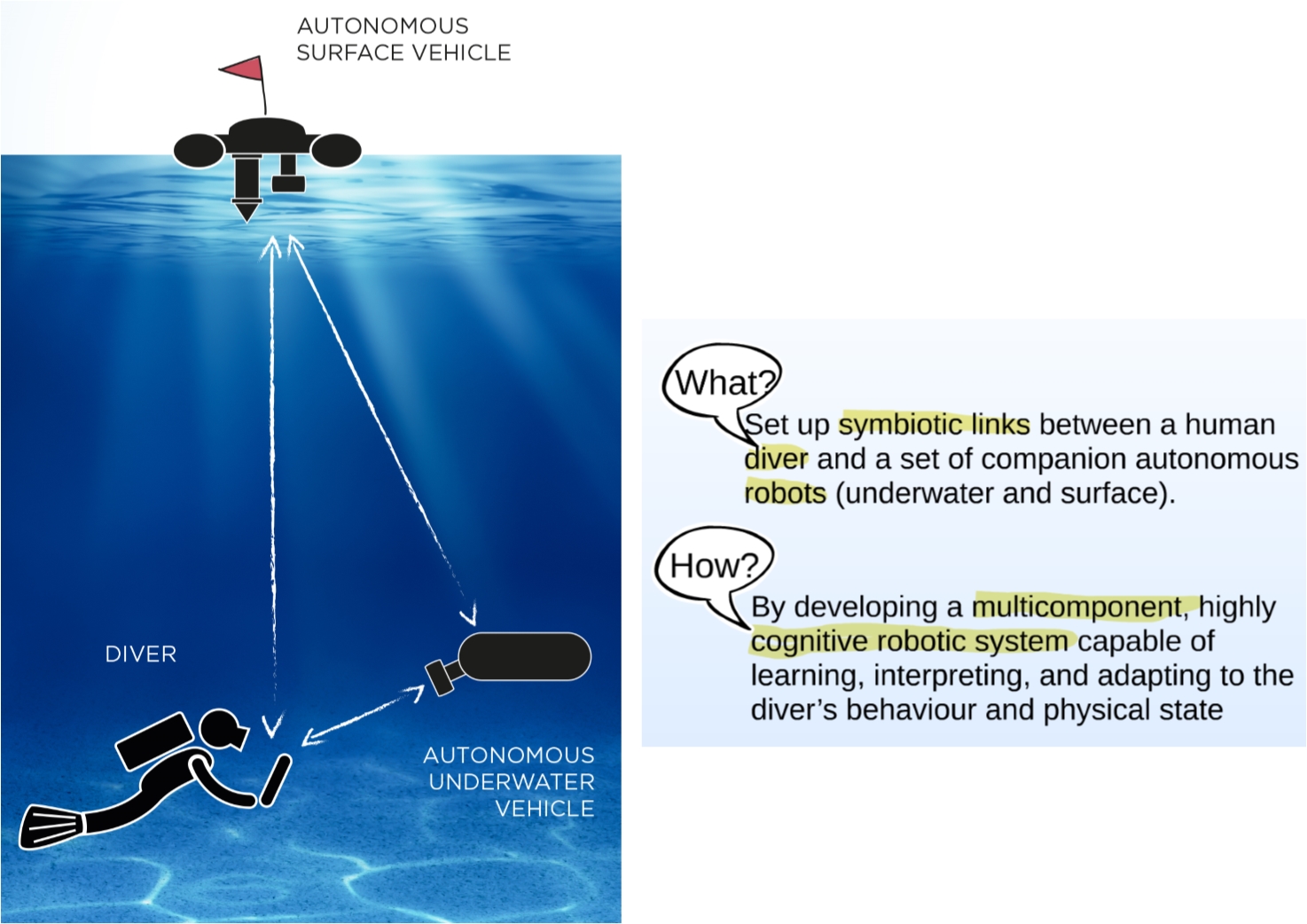 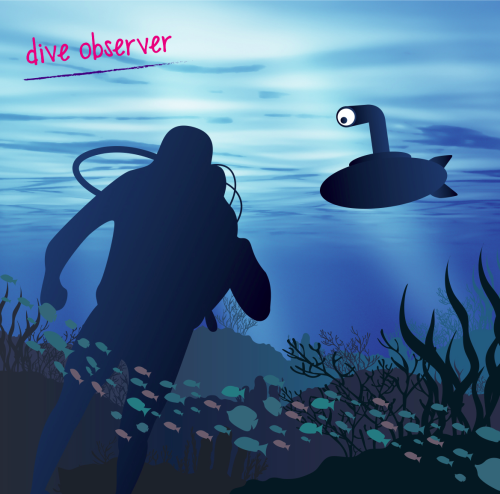 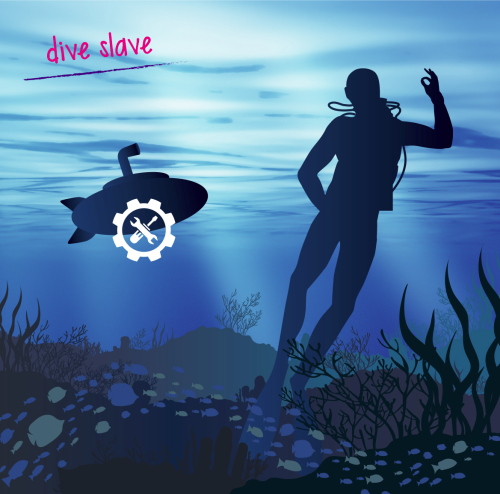 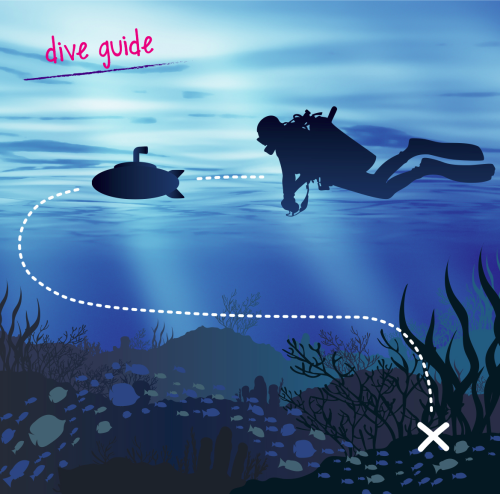 The advances made within the three core research fields ("Seeing the Diver", "Understanding the Diver" and "Diver-Robot Cooperation and Control") demonstrate scientific excellence in terms improved systems functionality, quality, and performance. The achieved technical developments in the form of the multicomponent robotic system, and the development of acoustic sensors, the DiverNet sensor network, etc. demonstrate technical excellence that significantly contributed to the area of marine robotics. 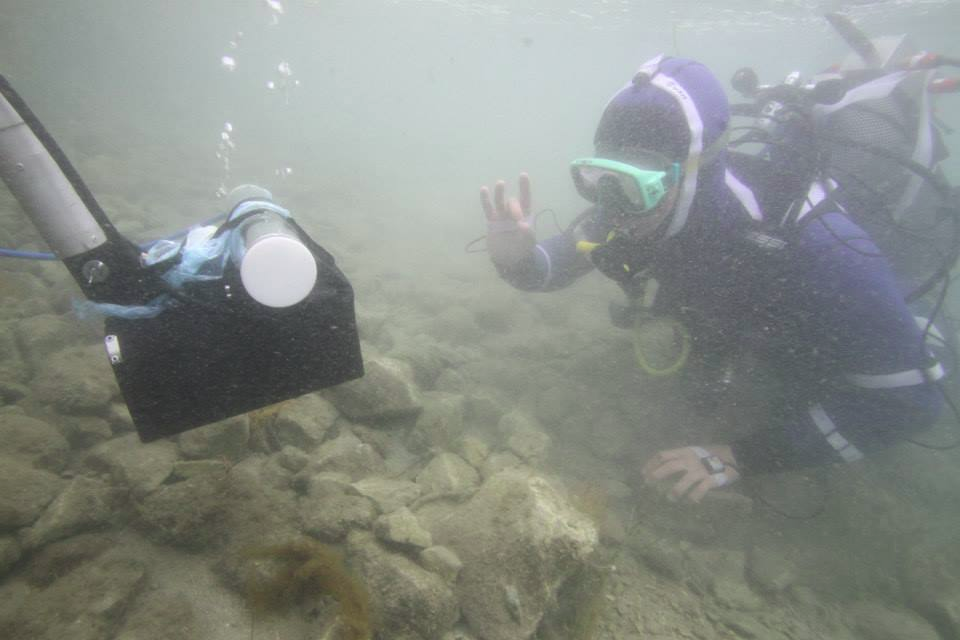 The developed features were demonstrated in real-world scenarios during two validation trials in 2016 and 2017 in Croatia. For this purpose, end-users from the areas of underwater archaeology and the search & rescue community helped validate the performance of the overall CADDY system. 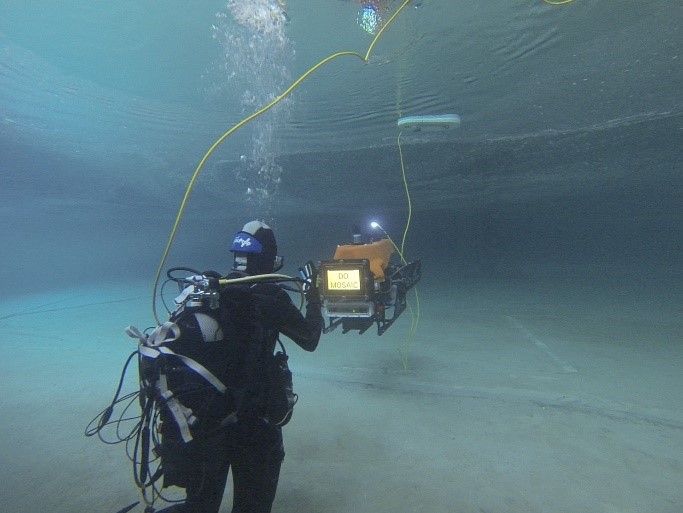 A multicomponent system of marine robots and vehicles was developed, consisting of the BUDDY AUV, custom-made for interaction with divers, equipped with an underwater tablet as a means of interaction with the diver, with custom software and a specially constructed waterproof casing, a stereo camera, mono camera, and multibeam sonar; and the MEDUSA ASV modified to serve as the surface vehicle in the CADDY scenario. In order to ensure reliable communication, a new generation of small-scale USBL and acoustic modems has been developed together with a new calibration procedure, resulting in significantly improved accuracies in azimuth and elevation errors. These acoustic modems developed by UNEW have achieved commercialisation as Seatrac acoustic modems and USBL via Blueprint Subsea. The product is now being actively marketed leading to substantial orders. All developed code is open-source.

CADDY was responsible for starting up a new series of workshops “EMRA - Workshop on EU-funded Marine Robotics and Applications” to bridge the gap between industry, end-users, and academia in the marine robotics industry. CADDY partners involved directly in marine robotics have become members of euRobotics, an international non-profit association for both academic and industrial stakeholders in European robotics, collaborating with the European Commission to develop and implement a strategy and a roadmap for research, technological development, and innovation in robotics.

The CADDY project had an ambitious list of goals and managed to achieve great advancements in all of them:

Some achievements in numbers:

The project was represented through:

On the scientific side of things, the CADDY project boasts:

•    55 scientific (peer reviewed) publications, out of which 14 journal papers

•    7 educational and training outreach events at international workshops: the International Interdisciplinary Field Workshop of Maritime Robotics and Applications Breaking the Surface – BTS 2014, 2015, 2016; and the Workshop on EU funded marine robotics research EMRA 2014, 2015, 2016 and 2017.